I opted to stay here with my host family. We drove 2.5 hours away to spend the long weekend at Grandi and Pop’s house. (Host family Grandparents) Thanksgiving traditions have been different since my own grandparents passed away four years ago. It was nice to have a big family around the table. We ate, laughed, watched football, decorated the tree and made gingerbread houses. I am so incredibly blessed to have a true family all the way out here. Love them so much!

On Sunday we began the trip home. Note that it takes 2.5 hours to get there. Mom, Dad, the four kids and myself piled in the van and hit the road at 2:45 sharp. Once on the highway, everything slowed to crawl.  “Daddy, why aren’t we moving fast?” Kierstin asked from the back. We thought that surely there was an accident up ahead. 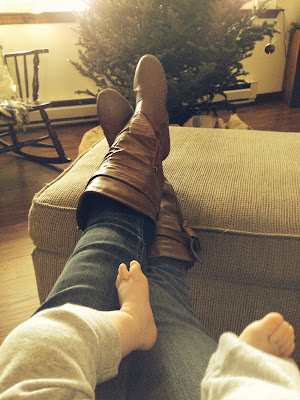 After an hour of creeping along at 15mph, we decided there was no wreck – this was just Thanksgiving traffic. At hour 3 we were not even half way there. Baby TJ was hungry and began angrily crying. The girls were blaring a movie in the back and host dad was listing to football in the front. This hour of noise nearly did me in!

Hour four and a half. I was the co-pilot. Two-year-old Judah sat caddy corner me. He was a trooper. We played many rounds of “1---2---1----2—BOOM!” He counts and Heathey explodes. He got quiet for a while and was done playing. A few minutes later, “Uhh oh, Heathey…” I turned around, “What’s the matter buddy?” “Poo Poo.” My host dad and I looked at each other in horror. Please, no.

Only seconds later we caught a whiff. Oh ya. Not just poo poo – it was a pooptastrophie. The kind where the clothes must be peeled off… Gross. The girls in the back were screaming for air – noses up to the vents. I rolled down my window hoping to get relief. Once again we were at a dead stop in traffic, parked next to a giant bus. Fumes or poo. Those were really the only air options. 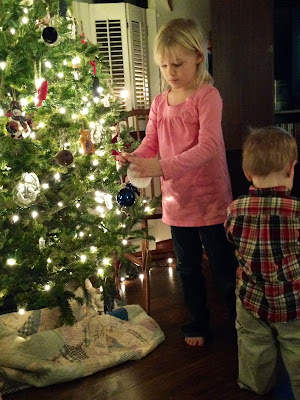 Host mom hands me the diaper bag and tells me to get a new diaper out ASAP. I look frantically. The horror continued… we didn’t have another diaper. Well, we did – it was in the very back of the van underneath multiple suitcases and ice chests. We did have the baby’s diapers. So, we attempted to MacGyver a 4-month-old size diaper onto a two year old. It didn’t go well. Meanwhile we still have screaming for air, gaging of the rest of us in the car… and we were going nowhere.

In this moment, we had two options. Cry or laugh. Thankfully, we all chose the latter. We sat parked in traffic for close to 45 minutes. All in all, it took us over six hours to get home. The kids really were troopers. We could have had far more meltdowns than we did. Relief was felt when the lights of Beaver Stadium finally came into view.

It was quite the trip and isn’t particularly something I’m anxious to do again. But Lord knows I learned something. It’s about contentment.

Contentment is one of the greatest compliments you can pay God

I’ve been struggling with contentment lately. I believe Romans 8:28, that all things work together for the good of those who love God and are called according to his purpose. I know He is interested in redeeming, restoring, and creating a testimony. I believe that trials perfect us. Yet, still, I'm not happy. 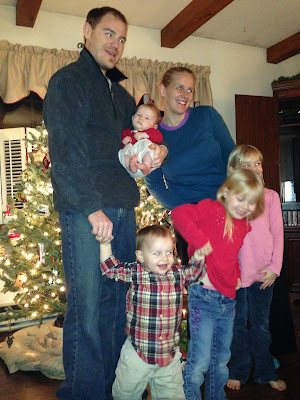 Yet, I still can hardly talk to a boy without hyperventilating. I’ve essentially become a “grandma” to my little siblings – play, spoil them, and give them back – it’s great! I live in Pennsylvania. I am 2,000 miles away from home. This doesn’t feel like a fairytale.

In light of the holidays and families being together, I’ve been especially homesick. I have coveted the love and romance I see my friends experiencing. The loneliness and longing for love increases. With each snow I grow unhappier in my “arctic wasteland.” I complain, gripe, grow jealous… it’s nasty, it really is. I try to tell God my plan. I map it all out. I manipulate and orchestrate to get what I want in the name of “trusting God.”

The root of my dissatisfaction is my own selfishness. I don’t have what I want, when I want it. I’m not where I want to be… there are a lot of I’s in that sentence.

Feeling convicted, I’ve began writing a list of everything I’m thankful for. I’m in the 200’s right about now. My attitude has shifted. I see God’s fingerprints through the dust of my selfishness. He has blessed me with a second family. I have an amazing job that offers incredible opportunities. I’m closer to my family now than I would have been if my plans had prevailed. God gave me a house, my puppy, friends… What is my problem? 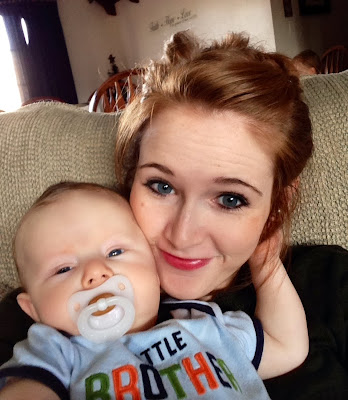 This is where the parallel comes in. If you have kids, you can imagine what six hours in traffic with seven people in a van is like (recall the pooptastrophie). It is certainly not where I wanted to be or how I wanted to travel. Around hour four of that amazing car ride, I was nearing a meltdown myself.

I was focused on the noise. The smell. The stagnant traffic. The pain in my low back. The fact that we still had hours to go. I focused on feeling sorry for myself. God caused a check in my spirit.

It is so easy to grow restless when we aren’t moving at the pace we want to. It’s easy to be frustrated when we aren’t where we want to be when we want to be there. We are quick to look for alternate routes and shortcuts – even running over others if we need to – to make ourselves more comfortable. So hard, we strive to figure out a better plan on our own. 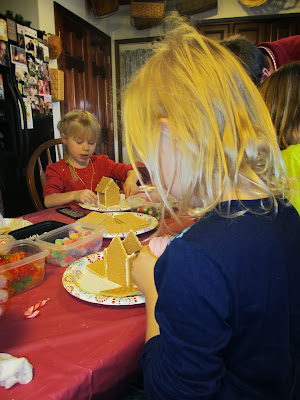 Just be in the van. Be thankful in the van. This is part of your journey. Part of your ride. The place you find yourself is exactly where you’re meant to be if the Father is the one driving.

When my two-year-old brother Judah wants something, he really wants it. My host mom has developed this awesome system with him: “Treat. Treat. Please. Treat…” “Mommy says yes, Judah. Now it’s time to be patient.”

He’s good at it now; he fills in the blanks. After asking a question, “Mommy says…” “YES!” he squeals, “But it’s time to be…” “Patient” he replies. Then he sits quietly knowing that what he’s asked for is coming.

Simple, yet how much I have learned from that exercise. “Jesus says yes Heather, now it’s time to be patient.” This should be the place where I sit still and know that He is God. Where I trust Him to open doors before me and bring my heart’s desires in His perfect timing. So I’m going to choose to sit in the smelly van and find the praiseworthy. I will allow what I perceive to be a delay in the journey the opportunity to teach me and grow me.

Be content with where you are and with how fast you’re moving. It’s never wise to kick God out of the driver’s seat because you’ve got a better route in mind or because you’ve got a heavier foot. Relax, co-pilot. You are where you need to be. "Jesus says YES <insert your name here>, but it's time to be patient."
Posted by Unknown at 5:46 PM 3 comments: