Is grit really ever a good thing? I wondered that this week when I took a final sip of my coffee and inhaled a mouthful of grounds.  I'm not talking about tough and rugged cowboy grit. That is it’s own thing entirely! “Gritty” as an adjective usually doesn’t describe lovely things. No, it usually describes sandpaper or other hardware supplies...

From sanding down an old bookcase, to exfoliating in the shower (it’s a girl thing), grit is meant to remove what is there to create a fresh surface. While the result is always better than the original, the process flat out hurts. Can you relate? 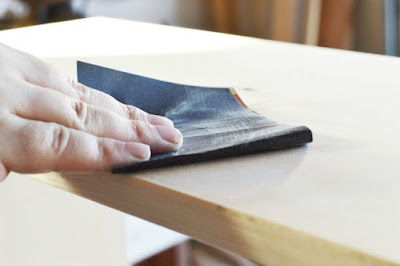 I’ve been in a “grit” season for a while. For the last six months, my husband and I have set out on a medical journey that has stretched and tested us like you wouldn’t believe. As unsurities mount, so do my emotions and concerns.  And if I’m being honest, so do the tensions. It seems as if every day we are getting rubbed the wrong way – pain is inflicted – a new struggle surfaces. Grit.

Did you know, the key ingredient in every pearl is dirt?

Dirt – grit – an irritant. That’s how the beautification process begins. Then a process occurs that – over time – takes that annoyance and makes something so beautiful that the grit is lost in the luster of the gem.

Embracing something that is abrasive seems like a contradiction. However, if you are facing a “gritty” season of life, you must!

To embrace means to accept or support willingly and enthusiastically.

I will let that sink in for a moment. That challenge God has allowed to come your way, the prayers that seem to go unanswered, the relationship that hasn’t been restored, the missing finances, the diagnosis, the wounds that are slow to heal… that’s grit. Grit that God asks us to embrace with a voluntary and enthusiastic attitude.

It’s ok. I am really bad at it too! But, my brothers and sisters in Christ! We must stop merely surviving what God has asked us to decisively overcome. Romans 8:37 claims that we are “More than conquerors through Christ Jesus.” I struggle to understand what it means to be more than a conqueror… maybe it’s like demolishing the enemy – mercy rule type game. Whatever it is, it's fierce!

When grit enters our world, it is our opportunity to prove the presence of God in our life – or to disprove it. 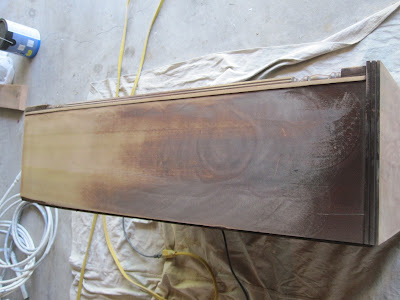 The world is watching closely as you deal with this grit. Where is your faith? Your joy? Your peace? Your ministry? Did it get lost in the grit? Or is it still there? Being polished. Being resurfaced. Being made into something better than it would be on it’s own. Do others see what you're made of - the power and presence of Jesus Christ? Or, do the see you crumble and faint in the day of adversity?

I challenge you to be brave enough to believe God’s word from Isaiah 43:19 that says, “Look! I am doing a new thing! See, I have already begun. Do you not see it?” In order for something new to come to pass, the old must be done away with.  If God has allowed a season of grit to rough you up, be flattered. He is sanding away the old to prepare you for a fresh anointing, a fresh level of faith, a fresh hope in His promises.

But, if we continue to live as victims, angry that God would allow such a thing, the transformation we can expect to see won’t be a lasting one. Any carpenter will tell you that in order for the stain to take on the old bookshelf, the current stain must be stripped off and sanded down. If you skip that painstaking step, expect a messy, flaky semi-finished product.

You and I are so much more than a semi-finished product. We are the apple of God’s eye. Created in the image of Him. Fearfully and wonderfully made. Equipped for every good work. Don’t settle – embrace the grit.
Posted by Unknown at 9:37 PM 2 comments: