When God moves, He moves. Henry Blackaby wrote in his book, Experiencing God this fundamental truth: God is always at work around us. Maybe we might not be able to see it in our own lives at the moment, but if we lift our eyes from the selfish reflection in the mirror and look around, what we see just might astound us.

That is what happened to me this week.

Let me be honest, I have been in a funk for the past couple of weeks. Not really sure why, other than my ugly fleshly nature still surfaces once in a while. I milked the funk. Do you ever do that? Where you justify why you can act the way you do. Where you want other’s sympathy… Let’s just say it was a nasty couple of weeks!

On Wednesday, I attended a worship service. The International House of Prayer sent a team to Penn State to do ministry for one week. They happened to be here the same week of our Agape event and were helping us lead worship as well as promote the event on campus. I was sent to meet them and be a part of their work.

For the two hours that followed, I resembled a Ping-Pong ball; bouncing between beautiful worship and selfish boredom. (Remember the funk I was in… and I was liking it) My worship that day was not like sweet incense going up before my Father, but rather like a “stinky-egg fart” as my seven-year-old sister would say.

I was thankful when the service was over. The leader of the group decided that they should pray over Dannah and I before we went into our big event two days later. They laid hands on us both. They prayed for Dannah – it was beautiful, sweet, and encouraging.

Then they got to my stinky self. One girl – no doubt incredibly anointed by the Holy Spirit - began to pray for me. Mind you, I have never met her in my entire life nor said anything more than, “Hello,” when I walked into the room earlier.

She began to pray for my broken heart; the pieces that still remained shattered. (Pain has been coming to the surface recently and her beginning prayer shook me to my core.) Continuing, she prayed for healing over specific details and things that happened in the last few months of that relationship that I have told no one.

Tears fell down my cheek. “Jesus loves you. You are priceless and beautiful. He will always fight for you.” Then, she looked me dead in the eye. “You’re in physical pain?” Before I could even answer, she laid her hands on my right hip and began to pray for healing. Now I was weeping. “You once had the faith to believe that you would be healed completely. Where did that go? God wants to heal you. His desire is that you are whole. Reclaim your faith.”

She prayed and spoke words of encouragement from my Father. Details, fears, concerns I had told no one, God redeemed through her. As she continued to pray, the depth of her discernment continued to shake me. If I had a doubt, that just proved GOD IS REAL. I believe He reveals Himself to those who need to see Him most. At that moment, that was me. God messed me up! The rest of the day I was a puddle at the feet of Jesus.

I am so thankful that He comes to meet us right where we are; even in the midst of my stinky, selfish temper tantrum. I needed an attitude adjustment. A heart of love and compassion ready to to move with the Lord's Spirit; ready for Agape. 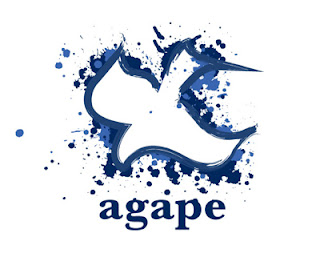 So many of you have either supported financially or by your prayers the work of AGAPE. It is a faith-based event uniting many campus ministries to bring healthy, God-honoring relationships back to Penn State’s campus. I have been working on this project since the fall and it finally culminated with an event on Friday night at PSU.

Let me shed a little bit of light on why the issue of sexual wholeness is such a big deal on this campus. Last year, the Sandusky scandal began to reveal the corruption that resided within Happy Valley. While 40,000 students are on the campus, only 2,000 claim to be active Christians…

Virginity is not tolerated on the campus at all. Being a virgin here is asking for severe persecution. Sororities use sex as part of their induction week – I will spare you the details. There is an app that allows students who want to “have sex now” to find another person who wants to “have sex now” on a map. The hook up culture has become nothing more than a treasure map to instant gratification.

Penn State needs truth. We targeted the Christian kids. They talk the talk but many of them struggle to walk out their faith in such a difficult environment. We assembled a team to speak to these students – to encourage their faith. Never doing anything like this before, we figured it would be optimistic to expect 200 students to attend. That would be 10% of the Christian culture on campus - enough to effect change.

We were shocked when over 450 students showed up; we had chairs for 230. Students were standing along the walls, sitting on the floor and crammed in the hallway, anxious to hear truth. My team was incredibly humbled by God’s move. 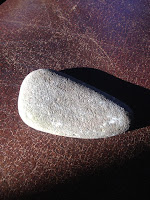 After a time of combined worship, the men moved to a different location and were encouraged to “pick up their stones,” and fight the good fight. The women received a rose and were called to take guys of the table for ten days and fall more in love with Jesus. I shared my broken-heart testimony and tears began to flow. Intercessors were set up around the room ready to pray for girls who needed to be made whole. 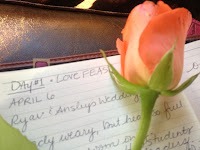 For the next hour we prayed with countless young women. I know of at least one salvation. Many hearts were set on the road to healing. I will be taking a young lady who is a Hindu to church with me tonight as a result of her attending the event and the Lord stirring her heart.

After the students left, the team sat around in awe of what God did. The stories of victory and hope are already pouring in.

I know many of you were praying and figured you would be blessed to hear the outcome. God is at work. He is always at work. Maybe even deep in the heart of the person you least expect it. Do not quench the Holy Spirit. Be a sponge.

Thank you for your prayers and support. God moves. He moves big.
Posted by Unknown at 10:32 AM