Cramped in the Carrier

This month has been a whirlwind! I closed on a house and began the process of moving in. I was so blessed by my church family here in State College! Thank you so much Centre Church for furnishing my home and helping me move. I love you all dearly! Never before have I seen a church “be the body of Christ” the way you guys have been to me. Wow. Thank you!

I made a trip to the Land of Enchantment to see my family. I cherished each moment with my parents, brother and soon-to-be sister in-law. Had some green chili. Went to Sonic. Every day! 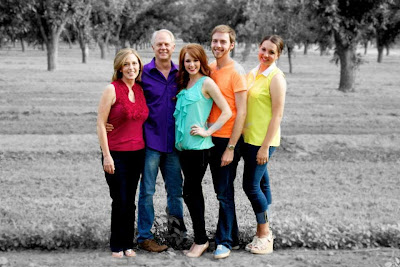 Then packed up my puppy to fly back to Pennsylvania.

Jackson is 7 years old. I have had him since he was about 6 months old. If you know either of us, you know that Jack and I are wayyyy too attached to each other. It probably is not a normal dog/human relationship. Thankfully my parents agreed to take care of him while I got settled out here in PA. It was finally time for him to move.

Barely meeting the weight requirement (one too many doggie bones) Jack was a big, 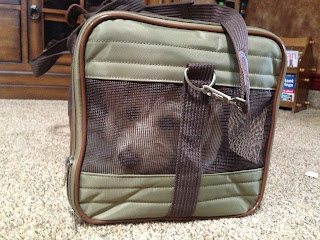 brave boy in his carrier. The poor puppy is not crate trained. Being in a “box” was not his idea of a good time.

His brown eyes pleaded with me – I knew they held so many questions. He remained fairly calm for the majority of the trip. He handled three airports, two plane rides and a 3 hour drive like a champ. The whole way he whined, whimpered and anxiously panted, but still he trusted me. I would stick my hand in his carrier and it seemed to calm him down for a while. Poor puppy!

I have felt much like this in life lately. God takes me, puts me in a box that I am not used to, seals it shut and completely relocates me. Like Jackson I have felt confined, confused and squished under the seat. Yet all He does is in our best interest.

Jackson did not do well living with my parents. He is very clearly my dog. He was jealous of the other two pets my parents had. His level of activity and zest for life had diminished. It was time – for his betterment – to move. 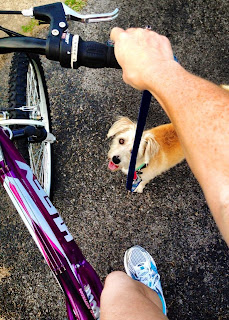 My relocation to central Pennsylvania was not easy. I am sure I hyperventilated in the spiritual sense. I know I scratched at the carrier desperate to get out. I have felt cramped and lacking fresh air. But, I made it. Jackson made it.

I don’t know that I’ve ever seen him happier than when we arrived at the Pittsburgh airport and let him out! Oh boy! He made quite the celebratory scene! I’m sure the little puppy had a thousand questions on that long travel day. I know he was uncomfortable. I bet he was scared. But, he trusted me. He knew that as long as I was with him, it would all be ok.

I am exceedingly thankful God is ever-present. Are you in a season of transition? In the midst of change there is really no choice but to move. Let him move you. It is for your betterment.

Jackson is settling in. He is enjoying being an only dog, going on bike rides every night and occasionally getting to sleep in my bed. His smile is a mile wide. He did it! I did it! You can do it.

The rest of my month is best told in pictures! 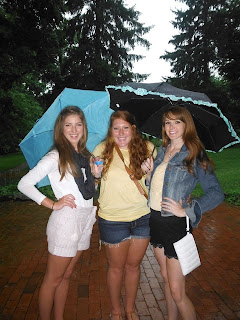 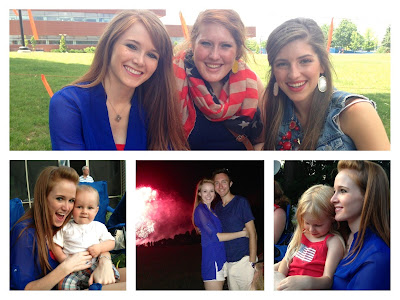 My best friend, Haley and her sister, Lexi flew almost 2,000 miles to spend the 4th of July with me! I was so blessed to have some time with her. This is the first time we've ever been apart. Thanks for keeping me encouraged and accountable Haley Mae!
Love you and Lex to pieces! 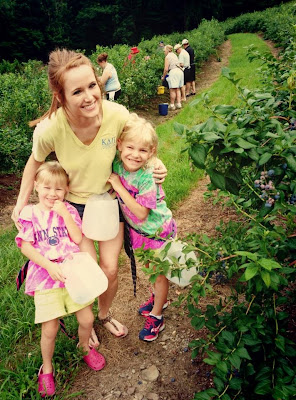 Blueberry picking! I went with my host family to a blueberry farm - a.k.a. some one's backyard - to pick berries! The farming family opens their home and yard to strangers, gives them old milk cartons and neck ties to go picking berries with! You pay at the back door by the bushel. Nearly 10 pounds of blueberries later... I'm not talking a regular blueberry. I need you to think that the small ones are the size of a penny. Needless to say I've royally failed in a couple blueberry Pinterest recipes simply due to the fact that these things are monsters! My baby brother was still more than happy to find room in his belly for my creations!

I've celebrated birthdays, caught fireflies, painted my house, and squealed as my baby brother walked for the first time! All because I let God move me. Let Him move you. You will only be in the carrier for a season.