This month has been a whirlwind - thanks for bearing with me and praying for energy! And a big thanks to those of you who've been praying for my tired heart this week. God's got it and healing is coming.

The new Secret Keeper Girl Show is out on the road! 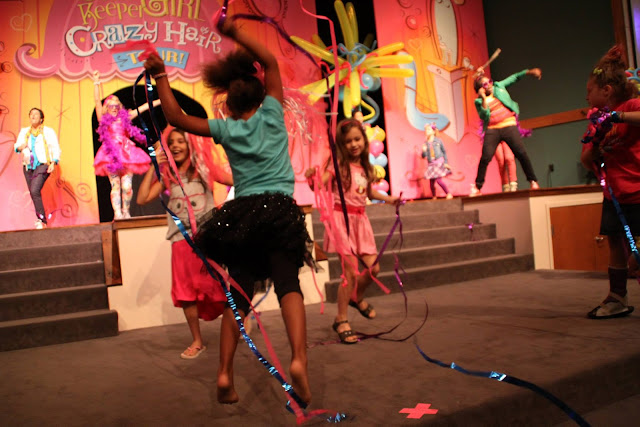 Since Mom got to come for Mother's Day, she sent Dad to PA for a belated Father's Day! 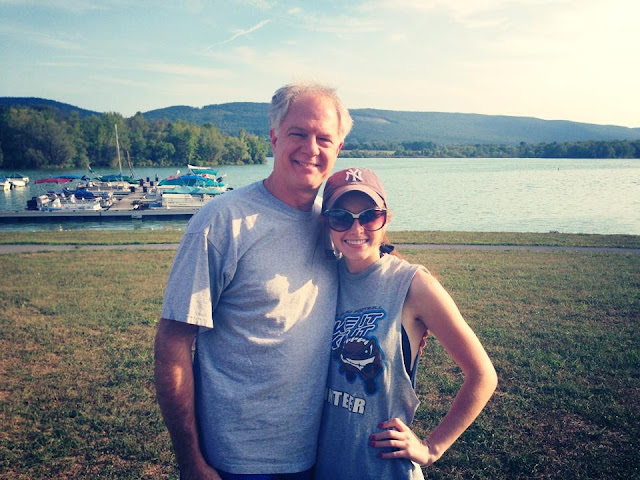 I survived yet another death-defying trip down the rapids at Extreme Grace!
(Green jacket in the back. And yes, that's a poor freshman girl at my feet who got thrown out of her own raft! Last year the trip down the river took 4 hours... this year 1.5. You do the math.) 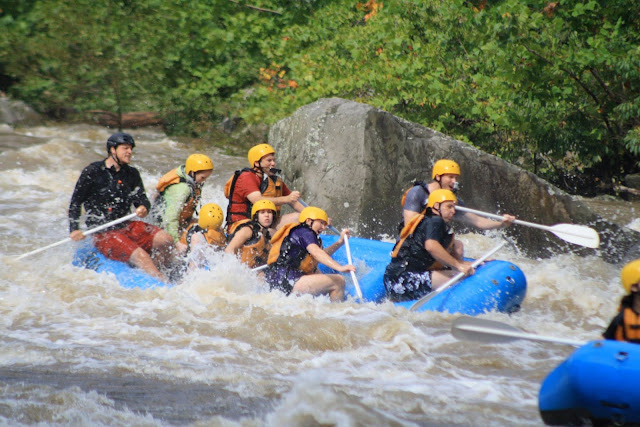 I’m finally back into a normal schedule! School started a couple weeks ago. I am teaching an all-girl's high school Bible class. We are going through And The Bride Wore White. It is a purity curriculum. I’ve got girls ages 13-18, from every sort of background, and each with very different life experiences. As I began the study, I noticed the judgmental glances. The “I’m not that bad” thoughts that could be read on the faces of my girls as another was vulnerable enough to share. I prayed the Lord would give me a way to level the playing field – to somehow get all of us on the same page. This is what He gave me:

When the girls walked into class that morning, I handed each one a rock. I didn’t explain what it was for or why they had it. I simply began reading the Word.

Jesus returned to the Mount of Olives, but early the next morning he was back again at the Temple. A crowd soon gathered, and he sat down and taught them.  As he was speaking, the teachers of religious law and the Pharisees brought a woman who had been caught in the act of adultery. They put her in front of the crowd.
“Teacher,” they said to Jesus, “this woman was caught in the act of adultery. The Law of Moses says to stone her. What do you say?”
They were trying to trap him into saying something they could use against him, but Jesus stooped down and wrote in the dust with his finger.  They kept demanding an answer, so he stood up again and said, “All right, but let the one who has never sinned throw the first stone!”  Then he stooped down again and wrote in the dust.
When the accusers heard this, they slipped away one by one, beginning with the oldest, until only Jesus was left in the middle of the crowd with the woman. Then Jesus stood up again and said to the woman, “Where are your accusers? Didn’t even one of them condemn you?”
“No, Lord,” she said.

And Jesus said, “Neither do I. Go and sin no more.”

The Pharisees were correct in their recollection of the Law. Leviticus 20:10, and Deuteronomy 22:21 state the penalty for adultery was stoning. Essentially the Pharisees were trying to trap Jesus. Theologian William Barclay, in his commentary of John has this to say: “The dilemma for Jesus was this. If he said that the woman ought to be stoned to death, two things followed. First, he would lose the name he had gained for love and for mercy. Jesus talked about love, and mercy, and forgiveness. But to condemn her to death would indeed discredit his teaching. Second, he would come into collision with the Roman law, for the Jews had no power to pass or carry out the death sentence on anyone. On the other side, if he pardoned her, it could be immediately said that he was teaching the people to break the law of Moses, and that he was condoning and even encouraging people to commit adultery.” (Barclay, Commentary on John, Vol. 2, p. 2)

Now I ask you, where was the man?  Why was this poor girl alone? After all, it does take two to tango! Was she betrayed by the man who was in the act of loving her? Was she still naked? Can you feel the disgrace? The humiliation; the chilling breath of impending condemnation and death? I can only imagine what this girl was thinking – what she was feeling. Don't you see the tears streaming down her face? The fear and brokenness of her heart?

Our Savior responds brilliantly to those trying to trap Him, “Let him without sin cast the first stone.” The word Jesus used for sin was the Greek word “anamartetos,” which means without a sinful desire. Have you ever had a sinful desire? Me either ; )

One by one her accusers drop their rocks (giant boulders is more like it) and she is left alone with Jesus. Was she relieved? Was she even more terrified to be alone at Jesus’ feet? Or did she find some sort of shelter there? Beautifully, He didn’t go into the why of her sin… He didn’t ask what on earth she was thinking. He didn’t plague her with questions or condemnation. Instead, forgiveness with a challenge is extended. I am confident that in that moment, the woman didn’t need anyone to point out her sin. I’m sure she knew full well what she did. How she messed up. Jesus covered her sin and leveled the playing field between “sin” and “more sin.” Although she was caught red handed, it didn’t change the fact that everyone else in the circle of accusers had experienced a sinful desire at some point. No one was more or less guilty than the other.

All have sinned and fallen short of the glory of God. Romans 3:23

Maybe you’ve been caught red handed in the act and should be dealt the consequences of your sin. Or maybe you’re the one hiding behind your Bible with a sinful desire. The truth is, we are all damaged goods. No one less guilty than the other. Consider when grace has been extended to you. When you didn’t get what you deserved. I imagine this experience shook up the poor girl to the point that she didn’t do it again!

It is simply human of us to judge and accuse. I challenge you to drop your rock. If you are blameless and completely pure (you’re not – only Jesus is) THEN and only then can you condemn. As Christians, we live in the beautiful land of beginning again. All mistakes, heartaches and sickening sins are covered at the cross of Christ.

Needless to say the girls got the message about their rocks. They knew why they were holding it. I challenged them to do something with it.

-       Some of them felt guilty and chained to self-condemnation for a mistake they had made. They wanted to throw the rock at themselves. Instead they prayed – took a walk and threw the rock into a stream.
-       Some were guilty of judging and accusing another girl. They offered the rock to the girl as an apology; a way of making restitution.
-       Others still carry their rock with them every day in their pocket. “It’s a reminder to me not to judge other people. I want grace – I need mercy. I know she does too.”

What will you do with your rock? You want others in your life to lay theirs down. Will you? Can you put it down and walk away? There doesn’t need to be words. Just a surrender. Jesus already leveled the playing field.

Have you been watching the Get Lost video series? A new video will be released each week. Dannah Gresh, her daughter Lexi, Friend Chizzy and myself will banter through Get Lost.  Watch it here!
Posted by Unknown at 7:30 PM